Christina Chaffin
July 9, 2016
​
The following is a combination of a written synopsis by Sean Conrad and a telephone interview with him. Please be sure to check out Conrad’s book,
“Kickin’ Out The Jams”, which is currently available on amazon.com.
​ 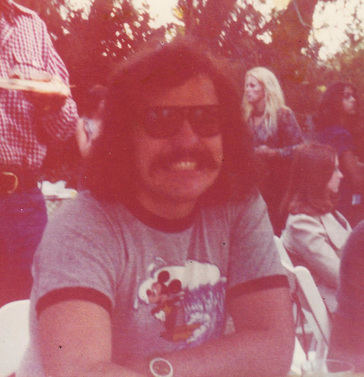 Sean Conrad at the "Dancing Machine Wrap Up" party, hosted by the Jackson family.
You've been working in radio for years and have accomplished a lot. Where does your story begin? (It's definitely been a journey!)
I started working at WING Radio in Dayton, Ohio when I was in high school. It was WING on 1410 and back then, it was the number one radio station in Dayton, Ohio.


Your book Kickin' Out The Jams gets more in depth on your life story, but there are definitely intricate details that are worth bringing up - like your friendship with Motown Recording Engineer, Russ Terrana. How did you guy meet?
This is a true story...

Back when I was living in Detroit, I was managing a band at the time and needed a studio for them to record. So I opened up the phone book,  dropped my finger and told myself, 'Wherever it lands, that's the studio I'm going to call.' Well, my finger landed on Terra Sherma, which was Russ and his brother Ralph's recording studio, along with another guy's.

At the time while living in Detroit, I realized that there were tons of recording studios - almost like there was one on every corner. So, I called up Terra Sherma, talked to Ralph and said, ‘I’ve got a band that I want to record. How much does it cost by the hour?’ When I brought them in, Russ was my engineer for the group, and that’s how he and I first met. We developed this instantaneous friendship and it's been going strong for over 50 years now. 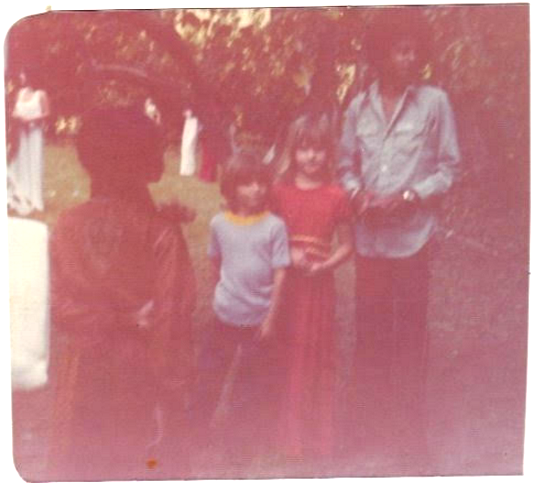 Conrad photo archives - Jackson family party outtake
Russ is definitely an amazing person with an incredible Motown legacy. At the same time, your career in radio is full of its own musical history. How did pieces of your career intertwine with Motown?
Motown is so important to me to this day because the music was a massive part of my career in radio. Russ was one of their Recording Engineers and he worked on a lot of those hits, but we were already close friends by the time the record company moved out to Los Angeles.

After leaving Detroit, I moved to Los Angeles. Not long after that, maybe 6-8 months later, Berry Gordy moved Motown to Los Angeles. So Russ and I were together in Detroit and then picked right back up in Los Angeles, and we’ve been friends ever since.

At the time, I was the Program Director for KHJ Radio in Los Angeles, so I was constantly playing hit songs - many of those being from Motown artists. Well, Russ would call me up at different times and say, ‘Hey, come on down to the studio! We’re recording Smokey Robinson right now.’ Spontaneous memories like that were a lot of fun and are still great to look back on.

Russ was and always will be a one-of-a-kind friend. He's so nice. I love the guy. He’s like my brother.

Let's transition to music. You spun a lot of Jackson 5 records. Are there any songs that stand out to you that you loved playing on the radio?
I specifically remember ‘Dancing Machine’ because of Russ. I was on KHJ Radio at the time, and I remember Russ was the recording engineer for the song. I remember him saying to me one day, ‘I've gotta go, man. I’ve got a session tonight with the Jackson 5 for a song called Dancing Machine. This is going to be a big hit.’ Russ knew it. I mean he just knew it was going to be a monster. 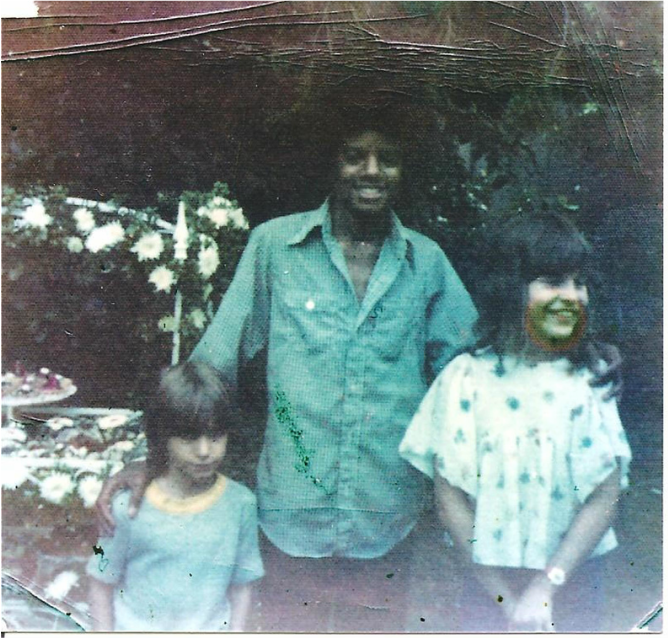 Conrad photo archives - Jackson family party posed photo
You met Michael and the Jackson family after the group finished recording 'Dancing Machine.' What's your story?
I first met Michael at the Dancing Machine Wrap Up party at their family home. It was a Saturday early afternoon around 11 a.m.,
and was a beautiful, sunny day. When we,
the guests, got there, the tables were all set up around the backyard and by the pool, and food was everywhere. There were a lot of stars there too. I think that party lasted for about five hours or so and was a lot of ​fun, too.


What else do you remember about the party?
I remember how big that family was! They were such a big family, but they were all very normal. The younger kids - both Jackson kids and other kids there - were running around and having fun. They were running around the pool and playing. Except for Randy though. He was on crutches.

You would never have known that the Jackson 5 were major stars. Michael was definitely the focus that day to a lot people and he was getting a lot of attention, but he was very polite about it. But, all of those guys acted normal. And like I said, you never would have known that the Jackson 5 were famous because they were just enjoying the party like everyone else. Michael was really shy though and was just a young teenager. 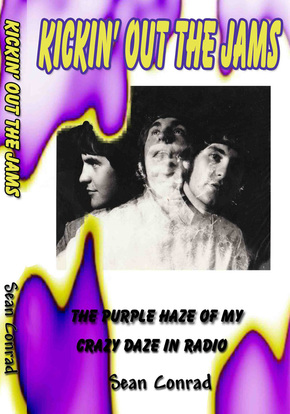 The following are a collection of memories from Sean Conrad. He has granted The Michael Jackson Reel complete permission to use the following copy. For the complete story, check out his book, "Kickin' Out The Jams."
*Special Note: The following format has been changed for this website only and does not reflect the exact published format in the book).

​Russ Terrana: “Hey Sean, you want to go to a party?”
Sean Conrad: “When have I ever said no to a party? Who? What? Where? When?”
R.T.: “At Joe Jackson's house out on Havenhurst. It’s a family party, so we can take our wives and kids too.”
S.C.: “Is the whole Jackson Family going to be there?”
R.T.: “Yep, everybody. It’s just a casual barbeque out by the pool. We just finished recording 'Dancing Machine' and this’ll be a little celebration."

Reflected memories from Conrad:
It was a warm, summer southern California afternoon when the 8 of us - Russ, Joanne, Beth and I, along with my kids, Rhonda and Robyn, and Russ’ kids, Terry and Christy, pulled in to the driveway of the Jackson 5’s home. We walked from the car to their backyard, which was surrounded by a beautiful grove of trees. All 8 of us converged to one table and kind of headquartered there for the rest of the afternoon. The yard was tricked out for a party, which was amazing. There were large round party tables scattered all around their pool, which had two dolphins painted on the bottom of it.

The entire Jackson family was there, including their mom Katherine and dad Joe, along with record company personnel, family friends and support staff. There were also a lot of small kids playing around the pool and in the game room. (One of those kids running around was Janet Jackson). All four of our kids got their picture taken with Michael that day as well. (Imagine how our 6 to 10-year olds' felt about that!)

For the complete memory of this story, check out 'Kickin' Out The Jams.'
Pictures from the Dancing Machine Wrap Up Party
All images are copyright, Sean Conrad. 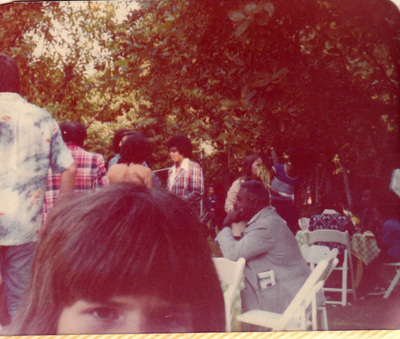 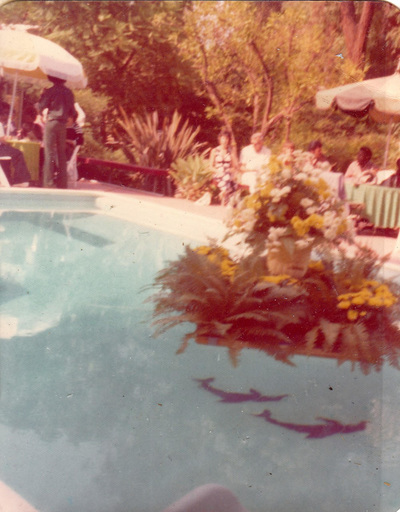 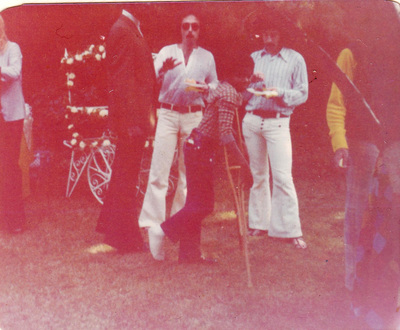