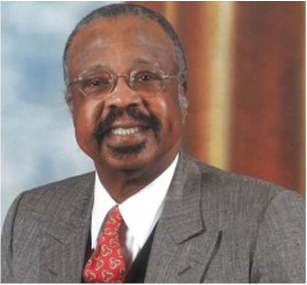 Dr. Logan H. Westbrooks
When did you first meet Joe Jackson and his sons?
I first met the Jacksons' very casually at a distance before they began their career at Motown. As a matter of fact, I was living and working in Chicago at the time for Capitol Records. [Joe Jackson] would bring his sons over to this nightclub on the West Side of Chicago to perform and that was my first exposure to them. They were all so young, but I remember it so well because they were just kids, but were performing in this adult nightclub. This was in the late 1960's on weekends. I don't remember the club name, but it was on the West Side.
​

How did you get approached about traveling to Senegal with the Jackson 5?
It was 1974 and I was working in New York for CBS Records at the time, and I had just met a young business man named Johnny Secka. Johnny and I became friends and he would stop by my office on a regular basis at CBS. One day when Johnny came to my office for a visit, he told me that he was going to take the Jackson 5 to Senegal and that they were going to meet their President, as well as perform. He then asked me if my wife and I would like to go. I said 'Of course!' This was a situation where I didn't much believe that my wife and I would actually get to go, but during the conversation, I said 'yes.' Johnny asked me very casually if my wife and I wanted to go, so I was excited but didn't think it would actually happen.

Well, sometime after that visit, Johnny came back to visit at my office. He told me more about the planned trip and showed me the passports that he had of the Jackson 5 to take to the embassy in Washington, D.C. to prepare all of the paperwork. He also informed me that I should get mine, as well as my wife's passports ready as quickly as possible. That's when I realized, 'This is for real.'
​ 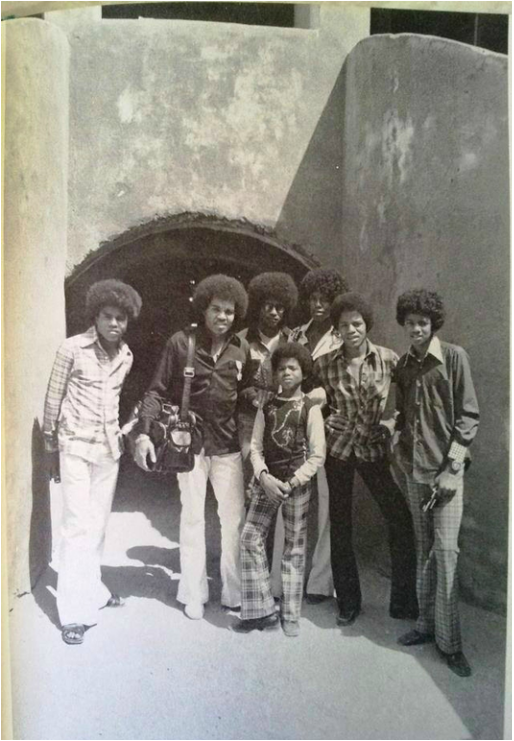 The Jackson 5 with Randy and Joe Jackson in Senagal, 1974. Copyright, unknown.
Who else traveled with you and your wife, Johnny Secka, Joe Jackson and the Jackson 5?
Johnny also invited several journalists to travel with us - including representatives from JET, Ebony and Black Enterprise Magazine, along with several other black publications. He also invited different disc jockeys, as well as Frankie Crocker, who was one of the biggest disc jockey's at one of New York's top radio station's at the time, WBLS-FM. There were also a couple other freelance journalists that came along as well. This was the entourage of it all and Johnny picked up the expense for everyone traveling, including my wife and I.

Johnny also had a crew that filmed the entire trip. It wasn't in the best quality of film, but it does exist. (I don't know what ever happened to it, but the film crew captured everything). The entire trip was also heavily covered by local newspapers in Dakar.

There was also another person there too that I just remembered. A woman with the last name 'Fine.'

Christina Chaffin: Oh, do you mean Rose Fine? The Jackson 5's tutor?
Logan Westbrooks: Yes - Rose Fine. She was with us as well.


Where did you all stay while in Senegal?
We all stayed at the Teranga Hotel in downtown Dakar, which was the top hotel in Senegal at that particular time. We would all relax in the lobby and ate our meals together as well. Johnny provided us with two small vans that we would use any time we traveled. We went everywhere together.

I remember how the Jackson 5 did one show for the people and a special show for the VIP's. The President of the country was there as well. The American Embassy in Dakar had a reception and we were all there. In addition to the performances, there were two or three other formal functions that we all attended as well.


How would you define this trip for the Jackson 5?
The entire trip was put together by Johnny, himself and it really wasn't a promotional tour because it wasn't set up that way. Senegal was very male-dominated and a lot of respect was given to Joe Jackson for all he did for his family, all those years before. It was a trip of honor, not part of a tour. It was a trip that displayed a lot of history and roots.

After the Jackson 5 and the press departed, my wife and I stayed for a longer period of time in Senegal with Johnny because we were personal friends of his. He did his business with the Jackson 5, and then the following week my wife, Johnny and I stayed longer to explore. It was such a historical trip - one I will never forget.
Copyright, Jet Magazine
​What was your favorite part of the trip while with the Jacksons'?
All of us as one big group went over to Goree Island. We took about a 30-minute ferry ride to get to it. At Goree Island they had what was called the Door of No Return and that is where the slaves were taken prior to their departure. It was some sort of a slave-holding island. The slave ships would pull up to that door, and the slaves would board the ship through that door and never return. (That door is still there to this day).

That was the highlight of the trip for me. The Jackson 5 - all of us - we toured the island and it was filled with so much history.

The Jacksons' were happy to be there. They were excited to try the different foods and really took in the culture. That's why this wasn't a promotional trip. It was full of so much history, and gave honor to male dominance, with sincere respect for Joe and his family.


What's something special that happened to all of you while you were there?
While there, we met a young kid who was maybe 10 or 12 years old. At the time, he was barefoot and didn't have a lot of money, but he had mastered the English language and was like a Godsend to us. We made him an interpreter for all of us while we were there. I remember him interpreting so much for us, and actually, he was the one that got in touch with us! He knew where we were staying and came to our hotel to find us, and we got to know him. He was a great kid. You know, we were in a French-speaking nation, so he was a true Godsend to us.

​That trip to Senegal changed my life.

As a result of going to Senegal with Johnny and the Jackson 5 back in 1974, I was promoted to the Internal Division CBS, where I eventually became responsible for marketing and promotion of CBS in Black Africa.
​
Throwback Thursday    Flashback Friday     Leave Feedback!     The MJ Reel Calendar
Powered by