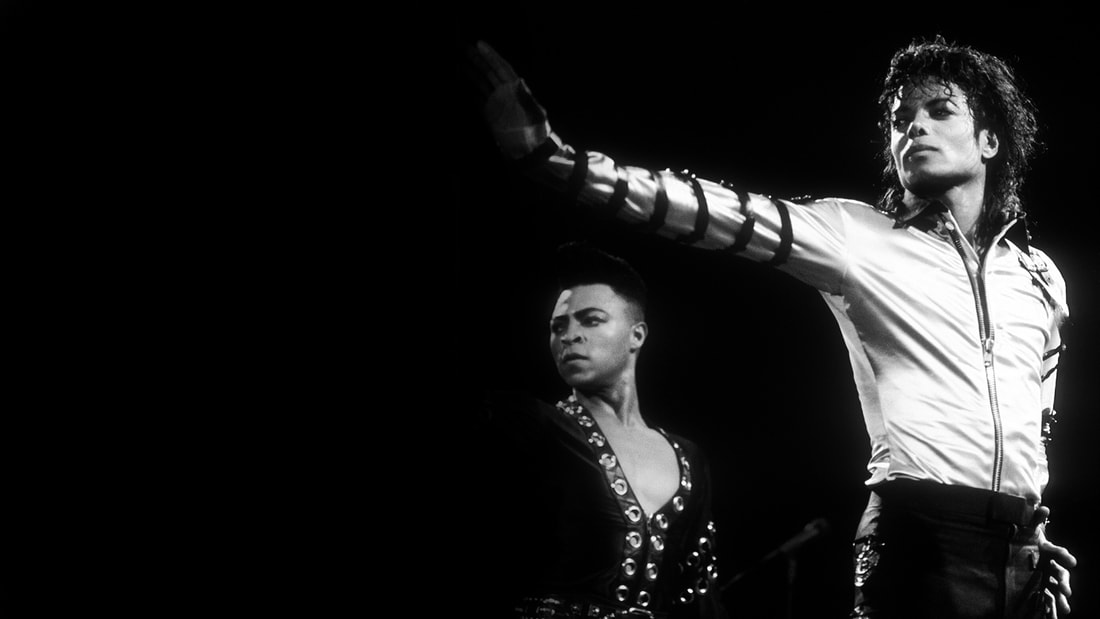 LaVelle Smith with Michael Jackson, live during the BAD Tour. (Copyright, unknown).
​What is your first memory of meeting Michael Jackson and how did it all come about for you?
The first time had to be on the set of 'Smooth Criminal'. I was a dancer on 'Smooth Criminal' - the long film, and yeah. I walked on the set and he was there, and a few days had gone past. We were working and everything, and I just watched him dance and thought, ‘This guy is amazing.’ I just thought, ‘He’s doing things that are so amazing.’ I was really shocked.


How did you get chosen to be a dancer on 'Smooth Criminal'?
Well, first there was a big audition. I had just moved to Los Angeles and I think it was about a two or three-day audition. Just dancing, dancing and dancing. I had no idea if I would get it, but at the time, they didn’t even post who [the dancing] was for. They didn’t tell us the artist. They just said it’s for a video. So, I made it all the way through and got a call.


​What are some memories you have with him from being on the 'Smooth Criminal' set?
Just watching him work. Watching how much of a perfectionist he was. He wanted everything to be just right. The lighting had to be right and he wanted everything to be perfect.
​
I remember doing something over and over and over again because he wanted it right. I think we ended up reshooting and extending that job to three months, because we had to reshoot the thing because the shot didn’t match. The smoke wasn’t on the same level, so it looked strange. He said we had to reshoot it and that’s what we did.​

​
We would watch 'Band Wagon' on the set of 'Smooth Criminal' because that set became like our home. It really became like our club. We were on set 14 hours a day sometimes, so we pretty much lived there.
​
​
What was it like when you started performing on the Bad​ tour? What are some behind-the-scenes memories you can recall?
When we started the Bad tour, I was 21. When we did 'Smooth Criminal', I had just turned 20. (We were supposed to start a few months earlier, but then we started after Christmas).

Well I remember getting called to audition for the Bad tour and it was just 'Go to this place, pick a song you like and freestyle dance.' They put us on tape and I had no idea who else they were looking at to be a dancer, but he obviously had picked me to audition based on my dancing on 'Smooth Criminal'. Later on, he told us dancers, 'The moment I saw you guys dance, I wanted you guys to be on my tour.'

Once we auditioned, a couple of weeks went by. Then I got a call one day at my apartment. I’ll never forget it. [I lived] on Hollywood Blvd and I got a call that said, 'Michael Jackson wants you to do the Bad tour.' I think I hung up the phone because, you know, I thought it was somebody playing a prank because I told everybody, 'I have this audition.' I went through this little thing where they shot me dancing and Michael would get the credentials, and I thought somebody was playing a practical joke on me. But, they called back and said, 'No, this is not a joke. These are all the details. He wants you to be on his Bad tour.' So then, we started rehearsing for the tour at Old Hollywood Studios. But yeah, it was amazing. 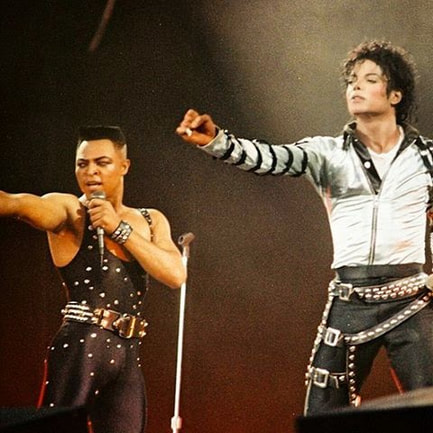 LaVelle with Michael Jackson. (Copyright, unknown).
What are some classic memories you have of something he did for you, or something that was really special that spoke to his character?
I remember getting our first version of the tour schedule for the Bad tour because the city I was born in, Louisville, Kentucky, was on the schedule, and I thought, 'Oh, this is gonna be great. My family gets to see the show.' They would have come anyways, but I thought, 'How nice is it that it’s going to be in Louisville, Kentucky where all of my family is.'

Well, a couple weeks later, we got a new version of the tour schedule and Louisville had been taken off, and Michael was watching my face as I was thumbing though the dates and everything, and I let out a verbal 'Aww!' Michael said, 'What?'

Well, a few days later, it was back on there. The schedule had been edited again and Louisville was back.

So when we finally came to Louisville, Kentucky, Michael gave me 52 tickets for my entire family. I was going to pay for them, but he wouldn’t let me. He wanted to personally make sure that my entire family could come and see me perform with him on the Bad tour.


You never hear anything like that. That’s an amazing story.
Yeah, it’s one of my favorite stories ‘cause you don’t believe that an artist is going to do that for just a dancer. I would say to him while backstage, 'Wow, you can hear everybody from back here with all the screaming and chanting. Oh my gosh, they love​ you!' He would always say, 'No, LaVelle. They love us.' I always thought, things like that. He didn’t have to say things like that, but he spoke how he felt and I always thought, 'How kind is that?' You know, he could have taken all that glory for himself, but he'd say, 'They’re here for us. They’re screaming for us.,' and I thought that is beautiful. But you know, there were so many moments like that, that I hope people hold on to. There were just so many kind things that he did for us that he just did not have to do. But, that’s who he was.

You know, saying hello to my mother after he’d met her before. You know he’d always say, 'Tell your mom I say hello.,' and 'Tell your family hello.' You know, little things like that.

He signed a really nice picture for my grandmother. Just little things like that. He didn’t have to do those things, but that’s who he was.


You know, I’ve talked to many people and the one consistency I hear is just how much he not only cared for them, but what he really did for them and how he went out of his way for them.
Yeah, that’s who he was. He did anything he could for anyone. He just wanted to make sure people were happy and that they were okay, and I saw this from him so many times in-person with others over the years. He wanted to make sure things were fine with everyone and really checked in with them. Just generally a good person and you knew he was coming from a great place.

He would always say, “Make sure you say hello to your mom for me.” Just really sweet, caring things. 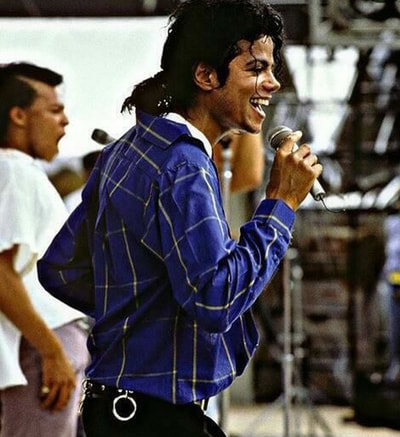 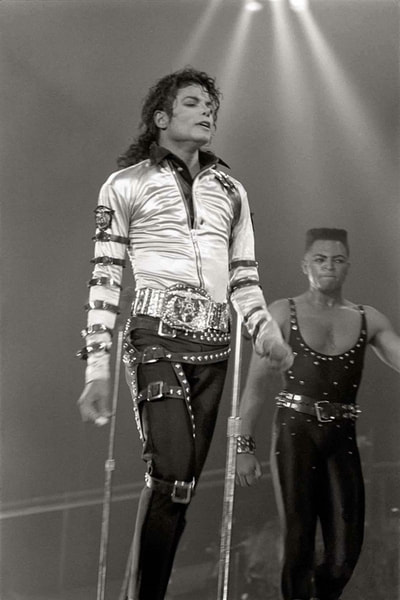 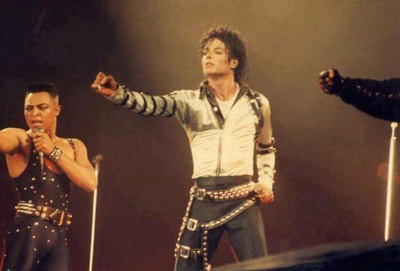 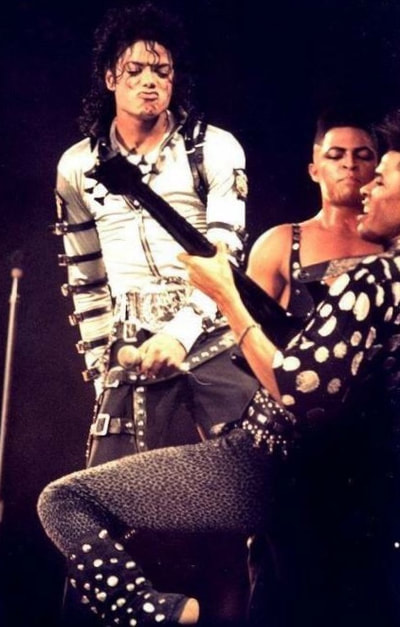 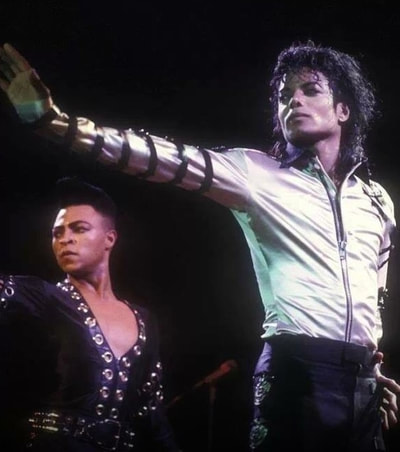