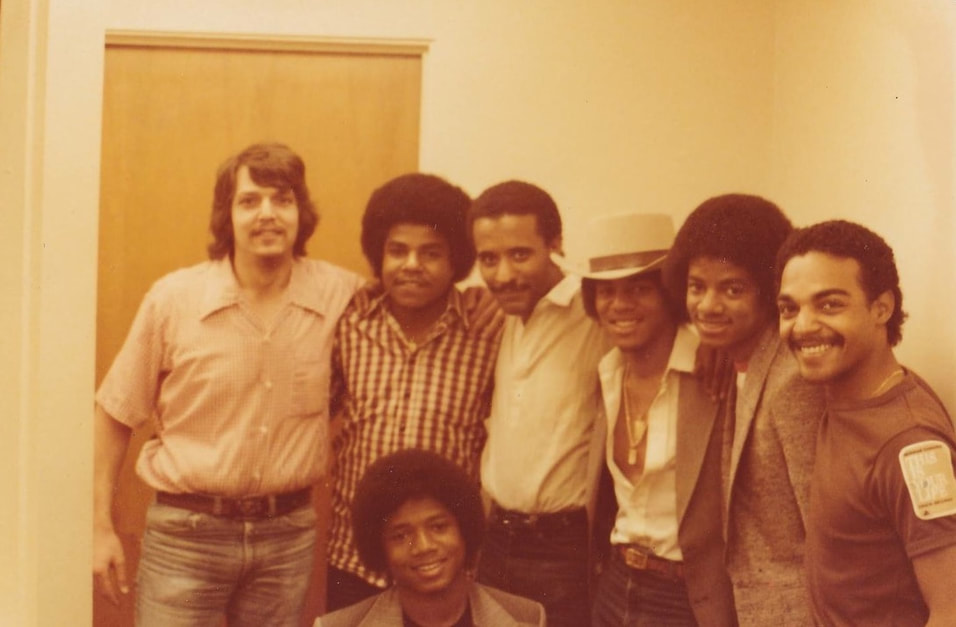 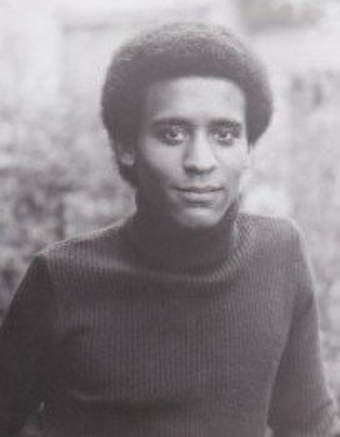 "My program director Jim Maddox made arrangements for the group to be interviewed by Tom Reed at KDay's radio station. Now I don't remember everything that was going on, but it was quite a night. Employees were hanging around after work and that just doesn't happen at radio stations. I don't care who's coming in. Employees don't hang around after work just because a star is going to be there. Not in Los Angeles, they don't. But this was The Jacksons."

"We hosted them and provided a great spread of food. (Somebody from the station went out and got a bunch of food, and KDay's studio was pretty big, so the station was packed with people). Well, a coworker of mine named Guy Stewart and myself stuck around and went into the production studio, which was right across the hall from where the group was set to be interviewed. That's when The Jacksons went in the studio with Tom Reed."

"They visited the station on more than one occasion and were really cool guys. I've got another photo of us all in the KDay Radio Station parking lot. I'm telling you, they were a great group of guys. Michael was shy, but very friendly.​"

I've got other general memories and photos with them as well, but these are two great ones from the past."
​