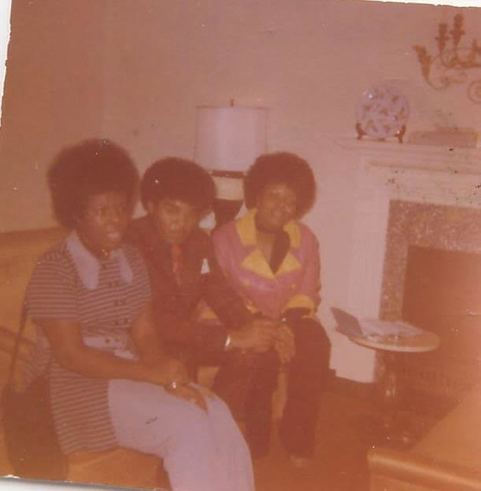 In the hotel, hours before the Jackson 5's first appearance on "The Ed Sullivan Show":
When the Jackson 5 came to New York for their first appearance on 'The Ed Sullivan Show,' they all stayed at the JW Essex House Hotel. You could tell it was a very different day than usual because the guys didn't joke around as much as they normally would. The mood was very serious that day and I caught them sitting alone at times and calming themselves down, trying to focus. In fact, I have a picture of Tito sitting in a hotel chair hours before the show, just calming himself down and trying to relax. In the photo, he's wearing my friend Ghita's hat. (He and Ghita used to always trade hats). [Michael] was also very quiet that day and pacing a lot, trying to focus.
​
While in the hotel that day, I gave Michael a Bangle Bracelet for good luck. (I used to get these bracelets from my family when they would go to the Bahamas, and they would bring back silver). That day, I took off one that was on my wrist and gave it to him for good luck that night. (I have a picture of him wearing it that day, and in the photo he had a light blueish-green jacket on and dark pants. I've got another photo of Michael and Marlon standing together that day and one of Michael alone. I've also got one of my cousin sitting with Marlon in a chair). These photos I'm talking about were all taken in their hotel room, hours before we went over to the Ed Sullivan studio. (Some of the pictures I have were photographed by Michael, himself that day).

The following photographs were taken by Antoinette Holmes, December 14, 1969 in the Essex House Hotel with the Jackson 5, hours before their first appearance on "The Ed Sullivan Show."

​(The following three photographs are copyright Antoinette Holmes and are for strict use of this website only). 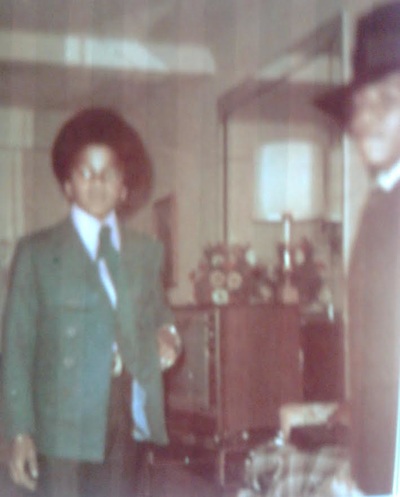 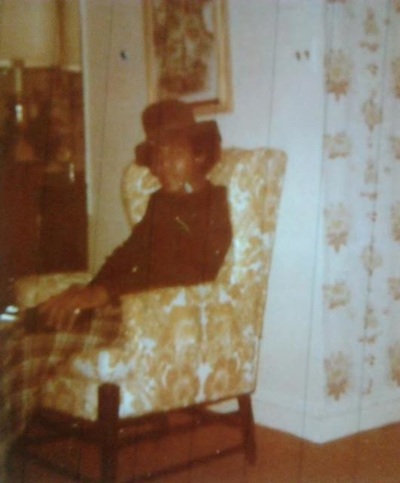 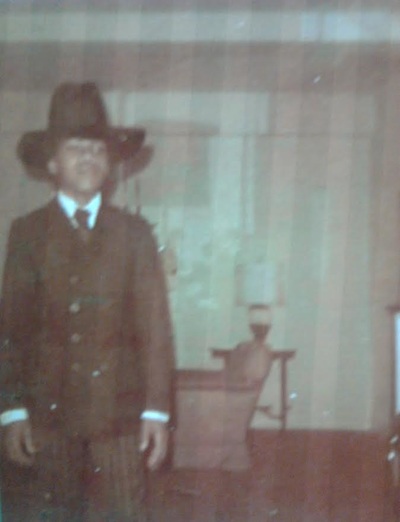 ​Arriving with fan club members to the Ed Sullivan studio:
The fan club and I arrived at the Ed Sullivan studio about a half hour before the show started and went backstage for a little bit to wish the guys good luck. We didn't stay long because they were all getting their performance clothes on and we didn't want to get in the way. So from there, we went to sit down. The fan club and I had a whole row designated for us in the audience that night, and I tried to get as many fan club members as I could to come to the show. (A lot of our members were young because of the Jacksons' ages, so a lot of them weren't allowed to come). But, Joseph took care of us and said, 'You'll have no problem. We got VIP seats for you all.'

There was a seat next to me that was empty, and Joseph told me to make sure I sat next to that empty chair. He gave me the number for that seat and said, 'You see to it that the rest of the fan club sits in whatever seat you want them in,' but he wanted to make sure I sat in that particular spot. I sat there, but noticed that the seat to my left remained empty for a while. I was thinking, 'I wonder who's supposed to sit there.' All the sudden, here came this woman. She sat down next to me, and everybody was star-struck. They said 'Look who it is! Look who it is!' I turned around and saw it was Diana Ross. She had on this magnificent chinchilla coat and it was beautiful.
​
Before the show started, they always had somebody warm up the audience. During that time, Diana Ross got up and walked to the side entrance of the stage where Ed Sullivan was peaking out. (Back then, I remember that side entrance having blue steps that led up to the stage with closed curtains). She went back there to talk to him.
​
The fan club and I watched the entire show and the Jackson 5 were excellent. They performed songs [off their debut album, Diana Ross Presents the Jackson 5] -  'Stand!,' 'Who's Lovin' You' and 'I Want You Back'.

I used to wear this little suede vest and Michael loved it. He used to wear mine at times, but he was so little that it didn't fit him right. So, they got him his own French vest to wear for that performance and it fit him perfectly.

Mr. Jackson said to us three, 'I want y'all to come to The Cheetah with us in the limo. We're about to go and have us a good time. I want you all to ride in the limousine so when the guys walk in, you can walk in next to them.' He was talking about Jackie, Jermaine and Tito. We were all three gonna ride with them, but when I saw the other fan club members watching, I didn't want to leave them out. 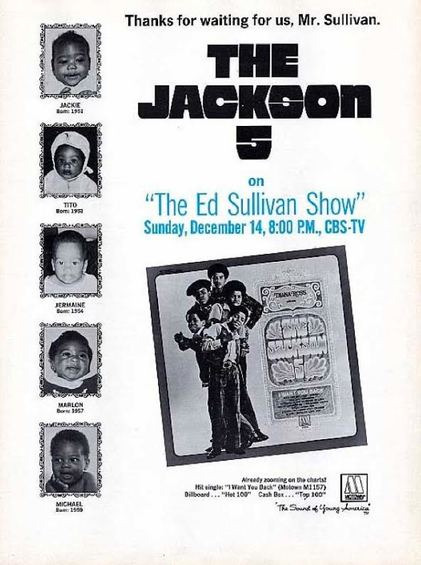 ​We got over there and I remember it being really psychedelic. It was a split-level night club. One level was the bar area and the other level had the dance floor. I remember it was dark and neon lights were flashing all over.

When we got there, the music was playing and it was good. We all started dancing with the Jacksons' and we were celebrating their performance from that night. Us girls took turns dancing with them. When I danced with Michael, Diana Ross came in to dance with him. So, I started dancing with Marlon, and he was doing this little dance that he always did and was showing me how to do it. *Laughs*. It was a good thing I had on pants because if I had a dress on, I wouldn't have been able to do it!

Marlon was teaching me how to do this dance [that he always did on stage and in early Motown Jackson 5 performances] called The Skate. He skated from side-to-side on the floor and then he would stop and kick one leg out to the side. He showed us girls how to do that. Then, the guys showed us how to do a dance called the Rubber Leg where you step-step-step and lock your knees together while you're doing it. (You're stepping, but you're knocking your knees together like they're rubber). Then you stop and stand up straight, and kick with one heel out. Then you step and do the same thing, but to the opposite side. At one point, we were all doing that dance.

The end of the night:
I remember that it was freezing in New York that night and it even started to snow a little. But, my mother gave me a pass to miss school the next day because I was so tired. Joseph was very strict in a good way, where he always made sure we all kept our mothers informed on where we were. That night he said, 'You all gotta call your mothers' and let them know we're going to The Cheetah after The Ed Sullivan Show, and let them know you'll be ok.' At the end of the night, he gave us all cab fare and we loaded as many fan club members as we could into multiple cabs to go home.